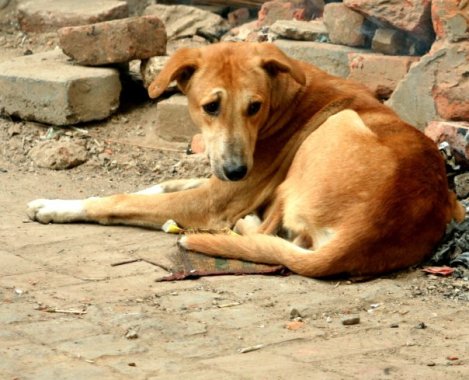 Bureaucrats who retire do one of three things: they lobby to be appointed to some government body so that they can retain their houses; and more often than not they stand for Residents Welfare Associations so that they can bully someone or they write article for the newspapers and the less they know , the more they expound their theories…and more often than not for most RWAs across Delhi and NCR, their favourite subject is ‘Dogs in their colonies’…this article comes at a time when a group of people in Delhi have moved to the High Court with a plea to ’save them from their rabid neighbours’. This is perhaps their last resort to seek justice and peace of mind, because for far too long, many of these Delhiites had been ridiculed and abused, threatened and blackmailed by their (‘rabid’) neighbours for a ‘crime’ of theirs; the fault being that these group of people ‘loved and cared for the street dogs, their much friendlier neighbourhood denizen’.

This article is a humble attempt to enlighten you all about our friendly neighbourhood street dog and clear the facts about the utility of the Animal Birth Control (ABC) and Vaccination Programme run by the Delhi Government (MCD and NDMC) through about 7 partner NGOs in Delhi for these canines.

India has been home to the highly intelligent Pariah dog, one of the world’s oldest canine breeds, existing in Asia and Africa since human beings first started living in settlements. They co-exist happily with humans, in fact their primary aim in urban settlements is to protect humans and to act as scavengers. It is not for no reason that each dog is fed by local residents and occupies pride of place in poor settlements.

The rationale of the animal sterilization, vaccination and re-release to its original area is a scientifically worked out programme which took years to evolve by WHO, civic authorities the judiciary, backed by success stories round the world starting from America. The concept of sterilization of dogs itself came from San Mateo in the United States, when civic authorities realized that killing dogs had not lead to any decrease in the dog-population. The County of San Mateo passed the resolution to sterilize and this was a great success. This programme is being followed successfully in various parts of America and Canada and many other developed as well as developing nations.

There is scientific thought behind restoring a sterilized dog to his original habitat. Dogs are territorial animals. They mark out their territories based on the food available and they do not let outsiders come in. When these local dogs are removed from their territory, other dogs move in to occupy them. These may not be sterilized so the problem continues for that locality. Dog fights increase as any new dog entering a territory is attacked by the dogs already in that area and non-sterilized dogs continue to mate and produce litters. Rabies continues to spread as none of the dogs in that area are vaccinated against it. The new dogs are hostile to the residents so problems of safety continue. A sterilized and vaccinated dog doesn’t breed, they guard their territory from intruders and new dogs, they become docile and don’t fight with other dogs during the mating season. You can identify a sterilized and a vaccinated dog by a triangular notch on one of its ears.

The ABC programme has been in place for many years now – and noticeably the rabies incidences have reduced, which is a remarkable achievement by the civic authorities and the NGOs.

The ‘catch and kill’ concept of controlling dog-population was started by the British in the 19th Century. It was continued on a large scale after Independence by the municipal authorities all over India with the aims of eradicating rabies and controlling street dog populations. Statistics in a study done by the MCD from 1980 to 1990 showed that even after the slaughtering of 8 lakh dogs during the 10-year period, the estimated dog population in Delhi remained 1.5 lakhs. – MCD could not reduce the population even by one. By 1993, the ‘catch and kill’ method was admitted to be a complete failure since rabies deaths had actually increased and the dog population was also perceptibly growing. Thus, in 1994, the courts ordered the dog-sterilization-cum-vaccination programme (popularly known as the “Animal Birth Control” or ABC programme) to replace the killing. Similar programmes were started in Mumbai, Kolkatta, Chennai, Jaipur, and Hyderabad after the High Courts in these cities passed similar orders. Finally, seeing the immediate success of the programme, in 2001, the Government of India has ordered this all over India with the Animal Birth Control (for Dogs) Rules being notified in 2001 under the Prevention of Cruelty to Animals Act 1960.

Dog-bites are very rarely due to stray dogs. Studies show that over 90% of the dog bites are from pet dogs that are aggressive when it comes to defending their territory or repelling intruders to their homes. Every year the numbers of pet-dogs increase and so do the bites. The 5 % of bites which are due to strays are from dogs that have been hurt by colony residents or bitches whose puppies were being attacked.

Dog is nature’s city scavenger. Its specific purpose is to keep garbage, city rats and other non-rodent pests that do not respond to human control in check. If it is removed then, apart from the piling up of huge quantities of garbage, the rat population will also go out of hand. With many cities in India suffering from Dengue and Chikugunya due to unhygienic civic conditions, it is dogs that are responsible for keeping the city’s rat population under check. Rats are the carriers of the deadly bubonic plague disease. One pair of rats is ready for breeding within six weeks of being born. Each pair turns into 35,000 rats by the end of each year. No municipal corporation has till date allocated a single-paisa for the destruction of rats. In 1980, one of the reasons why Surat in Gujarat was infected with plague was the decimation of the city’s street dogs by the local municipality.

It is practically impossible in a country like ours to dump all street dogs into concentration camps or dog pounds. Where is the space, time and resources to carry out this exercise when there is no space to shift commercial establishments out of residential areas or rehabilitate the slum dwellers?

It makes more sense to let the dog live where it belongs. In fact every responsible and humane RWA should contribute and become a partner in getting their dogs sterilized and vaccinated at any of the animal hospitals set up in Delhi for this purpose.

The question of ownership doesn’t arise in this case at all. We talk of passing bills that would give tribals the right to live on forest lands on which they have been living for ages. In case of animals, the place where they are born is the place to which they belong.

Dogs are a man’s best friend…and it won’t harm many of us if we were to feed the dog in our street once a day, and we can be sure that we would have a friend by our doorstep delightful to see us every time we step out or come home after a long tiring day…and in this selfish world, it is unconditional love and respect that we all crave for and our very own street dog is perhaps our best bet!

If you have some time to spare and few thoughts to spare as well, watch the Videos below, may be you will end up changing your mind and be kind the next time you see our very own Indian Dog on the street.

{The above  Video was made for a group by the name of ‘People for Animals’, we are sharing and embedding it here on Jaagruti because it beautifully communicates the story of the Indian Street Dog}

9 thoughts on “The Indian Street Dog”

©JAAGRUTI (2009-2022)
Unauthorized use and/or duplication of written material and photographs without express and written permission from this blog’s author and/or owner is strictly prohibited. Excerpts and links may be used, provided that full and clear credit is given to ‘JAAGRUTI’ with appropriate and specific direction to the original content. Both the Hindi and English logos and taglines of ‘JAAGRUTI’ are REGISTERED COPYRIGHTED TRADEMARKS.